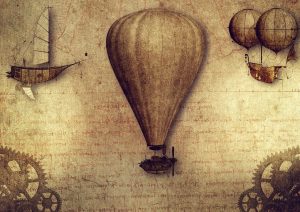 Science influences art? How could this be?

The reality, known for centuries by those who advocate arts integration education, is that science very much influences art.

Think, for a moment, of the quintessential artist-scientist, Leonardo da Vinci. His scientific studies of human anatomy enabled him to grasp accurate musculature in the face and neck. This enabled him to paint amazing portraits.

Though truly a Renaissance man, da Vinci was not alone in his understanding of the science and art connection.

A Few Scientific Contributions to Art

Scientific inventions thrived during the Industrial Age from 1760-1840. During this time, thoughts and concepts led to design innovations. In fact, drawings and diagrams worked in tandem with structural compositions and calculations to bring forth many of our modern-day inventions.

For example, take plaster. It can be traced back to as early as 9,000 BC. It’s merely a mixture of heat-treated powdered gypsum, limestone, or cement mixed with water. Yet, architecture boomed with its discovery. Some of the longest-standing architectural and artistic techniques grew from the invention of plaster.

And before the digital era, photography was more involved. It used light and chemicals to print images on treated sheets of silver-plated copper. This enabled artists to instantly replicate what they saw.

Of course, there are countless other examples. But this is just a small window into how science has contributed to art over the years. And many artists have found their own ways to merge these two disciplines.

You may not have heard of Maria Sibylla Merian. She was a naturalist and scientific illustrator in the 1600s. At the age of 28, she published her first book of scientific illustrations. It gained renown throughout Europe and soon she was traveling to South America to further her work. Her illustrations of the metamorphosis of a butterfly were a significant contribution to the field of entomology.

Later, Georges Seurat – best known for his pointillist work – spent a lot of time focused on the science of 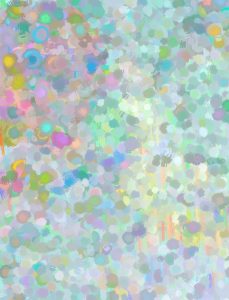 color. He was particularly interested in how to achieve maximum luminosity in his paintings. Viewers of his pointillistic work are required to mix the pigments optically, rather than it being mixed on the canvas.

David Hockney was a major player in the Pop Art movement in the 1960s.  He continued to work for decades after that though. He even began to dabble in digital art. In 2001, he collaborated with physicist Charles Falco to look at how we think about art history. They postulated that since the Renaissance, artists relied on optical instruments such as the camera obscura and curved mirrors.

The list continues with such visionaries as John James Audubon and his study of birds; Ada Lovelace and her contribution to computer programming; and Buckminster Fuller with his geodesic dome.

Even Steve Jobs has been considered an artist by some. He emphasized the importance of the design of the hardware and product finishes. This unique approach has since been adopted by many other forward-thinking corporations.

At an arts academy high school, they put as much of a premium on science as on the arts. This gives their students a more expansive understanding of how science can inspire their work. Below are just a few artists that are currently blending science and art.

Artist Janet Saad-Cook is not closed up in her studio 24 hours per day. She works with astronomers, architects, and engineers to create what she calls “Sun Drawings.” These are images created with metals and specially coated glass to reflect images and light. Her artwork moves and changes in response to sunlight, as well as the passing of time. 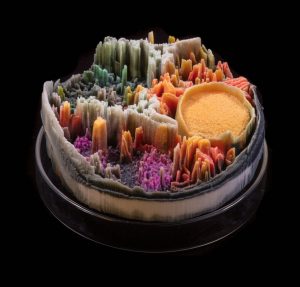 To stare at Susan Anker’s ‘bio art’ in a Petri dish is like looking at the landscape of another planet. She utilizes 2D digital photographs and converts them to 3D virtual models to juxtaposes microscopic and macroscopic worlds.

Anker’s art extensively explores the intersection of art and the biological sciences. Her work has been exhibited internationally at the J. Paul Getty Museum in Los Angeles; the Pera Museum in Istanbul; and the International Biennial of Contemporary Art of Cartagena de Indias in Colombia.

James Turrell was a fighter pilot before becoming an artist. But he didn’t turn in his wings for paints or pencils. Instead, he purchased a dormant volcano 40 years ago and has diligently worked to turn it into a haven of light, space, and color. He has almost completed the project and the images are mind-blowing.

In 2013 Xavier Cortada was invited to see the planet’s largest science experiment at the CERN Laboratory in Geneva. From what he viewed there, he created a stunning art installation.

Beyond that, he has worked with a number of scientists. His collaboration with a population geneticist generated a project exploring the human’s journey from Africa 60,000 years ago. He also worked with a molecular biologist to synthesize DNA and botanists on eco-art projects. His current installation piece on the South Pole utilizes a moving ice sheet as an instrument to mark time. He estimates it will be completed in around 150,000 years.

Clearly, there’s a long-standing symbiotic relationship between art and science. And the digital revolution 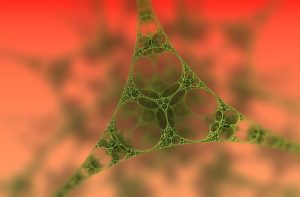 has only expanded this.

So if you want your creatively-minded child to experience an education that integrates science (and other subjects) with art, contact us today to schedule a tour of our school.

We’ll give you a glimpse of what the scientific-artistic future looks like.