If you’ve ever wondered what arts integration education looks like, you’re not alone.

Sure, it’s something that educators at arts academy middle and high schools are more than happy to demonstrate.

It’s more difficult to put it in words though.

Even so, we’re going to step up to the challenge.

We’ll explain several different scenarios and teaching moments that have occurred across the country at various arts-integrated schools.

And we hope it stands as a testament to what happens when educators allow students to involve their whole selves in the process of learning.

With so much emphasis on STEM (Science, Technology, Engineering, Math), it’s become too easy to look at art as a frivolous “elective.”

But a New York City artist and science teacher seeks to put an end to that. She wants her students to understand that science and art are very much alike. Each of these disciplines requires students to ask questions and make discoveries.

She emphasizes the notion that in science, there is not just a singular answer to any given problem. She hopes her students understand that to be a scientist, they must be willing to explore.

In her classes, students draw on all of their senses to learn. Everything is hands-on and they are encouraged to express themselves in a non-threatening environment. When exploring and investigating, nobody’s “wrong.”

One of her experiments requires her students to grow different types of plants. They test the pH levels and discovery which plant fibers are most durable. The end result? They make paper with the plants.

In this regard, the end product (the paper) becomes the work of art. But it was created through science. Students understand that everything is a process.

By getting them to understand a concept in such a way that they can visualize it, experience it, or express it, they retain it. It, in effect, belongs to them.

When a Virginia math teacher had a student struggling with multiplication,  she looked up at him and asked if they could compose a song to help her understand it better. He was, of course, game.

He himself had been hugely influenced by one of his own teachers who had taken the class to the auditorium every week to listen to the Beatles. Why? 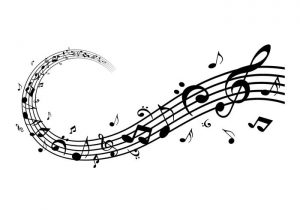 She used these weekly listening sessions as a platform to speak about the science of creating instruments and patterns of the notes and musical cadences. She also discussed the ways all sorts of music from baroque to blues to Eastern chants played a part in history and culture throughout the decades.

So he and the student struggling with multiplication made up a song right there that enabled her to personalize the content and understand the rules of multiplication. Later, they taught the song to the rest of the class.

In the eyes of this educator, if you’re not using the arts to teach, then you’re separating real life from learning.

Brain research has demonstrated that students form neural pathways that make fluent reading possible when they master a reading sample. Children who struggle with this have to read the same lessons over and over again. 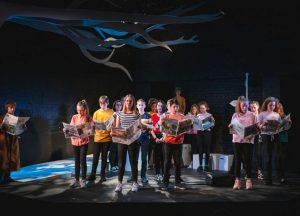 But what students want to do that?

This is what inspired a history teacher in Oregon to built a modular stage in his classroom and begin gathering props. He realized that asking kids to read the same thing repeatedly was not going to work.

Yet, incorporating their readings into plays brought the history lessons to life. Adding drama to the stories engaged his students in such a way that they were more than willing to read the same things over and over again while practicing a part.

4. Life Is a Musical

Did you ever take a history class where you got to produce a musical based on the lesson with elaborate sets and costumes?

If you went to an arts-integrated middle or high school, you may have said yes.

One Colorado educator is so passionate about music, she had her students write an opera — including the musical score and script – based on the story of Robin Hood. The process allowed them to learn the structure of an opera while also studying literary elements.

On top of that, students on the set crew were responsible for drawing the set to scale. This incorporated the use of mathematical skills such as measurement and reading from a grid.

Arts integration educators understand that incorporating music allows students to express themselves in other ways besides just using a pencil and paper.

5. Getting Immersed in an Era

A teacher in New York strongly believes in immersing her students in the culture of the period they are studying.

So when her class was studying prehistoric cultures, they viewed cave art paintings and even made some of their own.

When they covered ancient Egypt and areas of the Middle East, they listened to music while designing sarcophagi and artifacts from King Tut’s tomb. They even sampled foods from the region.

Their studies of medieval times included her playing Gregorian chants while they pretended to be monks working in a scriptorium. 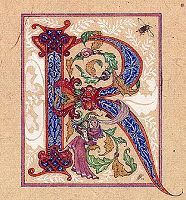 They studied illuminated scripts, then developed their own illuminated letters. They even studied Notre Dame in Paris.

The students love it. And she feels certain that they develop a better understanding of other cultures of the world by incorporating the arts, music, and literature.

Does it sound amazing? Well, you don’t need to wander the country to experience this sort of education.

The educators at Arts Academy in the Woods in Fraser work from the same passion to educate through art.

So contact us today to request a tour of our school. And you’ll see in person what arts integration education looks like.