The Soothing Effects of Creating Art 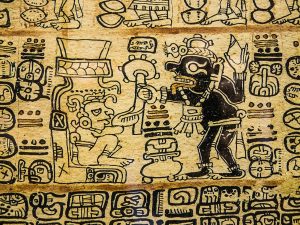 Creativity has always been a key part of being human. 40,000 years ago, people were making art.

Of course, this said “art” consisted mostly of rudimentary drawings of animals or outlined hands of the sort young children fill in with turkey parts during Thanksgiving.

Plus, back then, creativity was more of a necessity. Early humans had to create tools and medicines and other big deal things like that if they were going to survive. They didn’t have time to fine-tune their painting techniques.

But research in the last few decades could easily argue that creativity continues to be key for survival. Especially for those who struggle with mental challenges or emotional trauma.

It turns out that the soothing effects of creating art for these folks are tremendously therapeutic.

Art As an Outlet for Emotions

Creativity is the ultimate form of self-expression.

When humans are creating, they’re more at peace. That’s because the arts are an amazing outlet for releasing emotions.

Take writing, for example. Many therapists recommend to their clients they write about what’s bothering them, what they’re feeling, or even traumatic experiences. Right after the act of writing, the client will often feel an increase in negative emotions as a result of the liberation of those freed emotions.

But the negative feelings are short term. Because once the client has been cleansed of those emotions through writing, they experience more positive long term outcomes in both mental and physical health.

The cleansing doesn’t only happen through writing. The same release can be achieved through visual or performance art.

In fact, sculpting clay has been particularly effective in soothing victims of trauma and abuse. It allows them to express their feelings on a visceral level while in a controlled environment. And it’s very cathartic.

Some of the science behind it is the fact that creating art increases dopamine – also known as the feel-good neurotransmitter, or the motivation molecule.

Dopamine is some heady stuff. Not only does it crank up focus, drive and concentration, but it stimulates the creation of new neurons and gets the brain prepped for learning.

This is part of what makes an arts academy high school such a fertile and soothing environment for learning.

The Power of Music

Looney Tunes had it right.

Whenever Bugs Bunny needed to calm the big red monster Gossamer, he did so with music. And it worked like a charm.

Okay. We’re not living in a cartoon. Or at least, most of us aren’t.

But a review published in 2014 suggests that folks who know how to play a  musical instrument have improved connectivity between the two hemispheres. So it appears that making music can help balance out the brain. And where there’s balance, there is far less chaos.

Plus, music therapy has immune system-boosting effects. Music is capable of stimulating the limbic system and moderating how we respond to stress.

How does it do that?

Well, listening to music seems to have an effect on the amygdala and hypothalamus. These two brain regions are key in regulating mood and controlling hormonal processes. They also regulate the body’s inflammatory response.

When they’re working effectively, the immune system is more efficient.

At the arts academy high school Art Academy in the Woods in Fraser, Michigan, they recognize this. In fact, there are no bells for class changes, there is music.

“That alone calms my kids,” says a parent of two students who attend the school. “Art, in the form of listening to music, calms my kids.”

Soothing Effects of Creating Art for Anxiety and Depression

That parent is correct.

Researchers analyzed over 100 studies on the impact of art on one’s health and ability to heal. Art, in this case, included everything from writing and dance, to the visual arts and music.

Some of the highlights of their findings about art?

Sinking your teeth into a creative endeavor can move you into a flow, a zone, a meditative state – without having to sit still on a pillow in the lotus position.

And when you’re in that state, the mind shifts its focus away from worries.

Leonardo da Vinci once said, “Painting embraces all the ten functions of the eye; that is to say, darkness, light, body and color, shape and location, distance and closeness, motion and rest.” 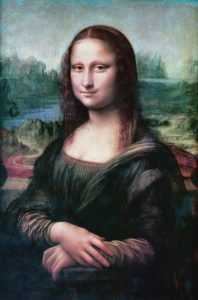 In other words, creating art trains your brain to simultaneously pay attention to your environment while concentrating on details. It is the ultimate soothing meditation.

Feeling unheard and irrelevant is the unfortunate by-product of the over-stimulated environment in which we all now live.

Art in its many forms offers so many possibilities and opportunities for self-expression. And it’s not about creating the next Mona Lisa. It is the simple ACT of creating that is so valuable.

And it’s more needed now than ever.

Could Your Child Benefit from the Soothing Effects of Creating Art?

The soothing effects of creating art have proven effective for many students who struggle in a standard educational environment.

At an arts academy high school, the stress and anxiety that come from being different do not exist. Being different is celebrated.

So if you’re interested in how an arts education could bring more ease into your child’s life, then contact us to take a tour of our school.

You’ll be amazed by the results.