Author Pearl S. Buck once said, “The truly creative mind in any field is no more than this: A human creature born abnormally, inhumanly sensitive.”

Can you relate to this?

The often highly sensitive nature of artists allows them to find beauty and joy in places that others may not.

But the trade-off is that they’re often more vulnerable to darkness and sorrow that goes undetected by the less creative or sensitive person.

This can leave them feeling shy, isolated, and prone to depression. Especially if they are in a community that does not embrace their sensitivity.

So What Is with the Highly Sensitive Nature of Artists?

The world of art is well-populated with highly sensitive people, also known as HSP.

Hollywood and literature have done much to advance the stereotype of the artist, writer, or composer working diligently away in isolation while riding a roller coaster of myriad emotions in the creative process.

There is certainly some truth to this. 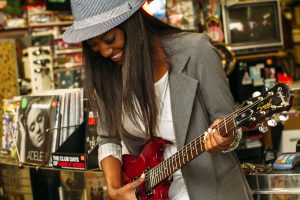 Meanwhile, many folks imagine accomplished performers – high profile musicians, in particular – are immune to this. How could someone with so much stage presence possibly be prone to paralyzing shyness or sadness?

In reality, the vast majority of artists are or have been HSP. From Emily Dickinson locked away in her New England attic to Michael Jackson performing to a sold-out stadium audience of screaming and adoring fans.

The paradox lies in the fact that the creative personality contains layers of depth, complexity, and contradictions. And plenty of psychological studies to back this.

What You See Is Not Always What You Get

To meet the astounding cellist Yo-Yo Ma in person or to see him in an interview, you would think he’s a pretty happy guy.

And his friend Mark Salzman does consider him one of the most joyful people he knows. He’s quick to note though that Ma isn’t always cheerful. His highly sensitive nature causes him to experience negative emotions with the same intensity as positive.

“Yo‑Yo is so responsive to what is going on around him,” says Salzman. “If you put him in a room with people who are grieving, he will be as sad as anyone.”

This depth of emotion is certainly experienced by those who listen to him play. Salzman has noticed that many audience members at Ma’s concerts are left, as he says, “excited to the core.”

He adds, “You find yourself paying more attention to the person you’re with, more aware of the rain on the windshield on the ride home. You feel more grateful just to be alive.”

It Is Powerful Stuff

Performers may appear bold, brazen, and extroverted on the stage when they’re in “the zone” and able to tune out external stimuli 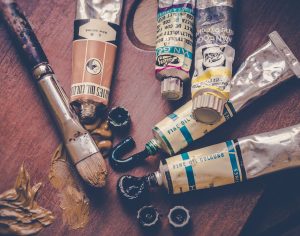 that don’t relate to their performance.

Once off stage, however, they often require alone time to recharge and partake in solitary activities like reading, playing their instruments, and writing to “rebalance.”

It’s not just performers though. Most creative people need solitude and ample time to be with their art in order to maintain balance in their lives.

The Blessing and Curse of Being an HSP

Creative people have a heightened sensitivity to their surroundings. Their sensory experiences (i.e. the way they perceive sound, light, smell, etc.) are intensified.

They may pick up on the little things in the environment that others miss or see patterns where others see randomness. They also have a unique ability to find meaning and metaphor in the “small stuff” of everyday life.

Such intensity allows them to experience tremendous happiness and joy. But it also opens the door to pain and suffering.

Many feel that there is a disconnect between their inner selves and their outer worlds – and that creating is the only way to bridge the gap between the two.

It’s a way they connect the dots, as it were. In their case though, there are more dots and more opportunities and ways to connect them.

Operating as an HSP in mainstream society is trying.

This is especially true for artistic and creative kids in traditional and conventional middle schools and high schools. 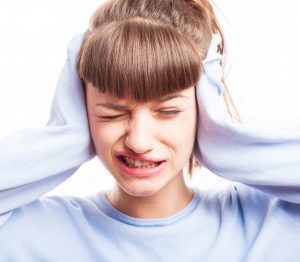 They’re often branded as odd or strange because they have such a heightened sense of their environment and get easily overwhelmed by it.

Plus, high levels of sensitivity also correlate to spirituality, intuition, mystical experiences, and an unusual sympathy for the helpless (such as animals or victims of injustice).

It’s no wonder then that so many artistic kids in public schools have a  tough time getting excited about the pep rally after school or the football game on Friday night.

In arts academy middle and high schools, on the other hand, the HSP is the norm. There is respect and understanding that each of us processes sensory experiences in different ways. And the environment and curriculum reflect this.

Are You an HSP?

One of the first signs that you’re an HSP is the number of times people have accused you of being “too sensitive.” It’s a form of shaming that leaves sensitive people believing something is wrong with them for feeling so intensely.

At any rate, you may be an HSP if you:

Do any of these sound familiar to you? Don’t worry! You’re not as alone as you might think.

The highly sensitive nature of artists may well have been a motivation in establishing arts academy middle schools and high schools.

These accepting and all-inclusive institutions give young creative people a chance to flourish and grow in their creativity while learning important academics to help them succeed in life.

So if you think an arts academy middle school/high school could be the quintessential place for you or your child to safely explore your/their full creative potential, then contact us today to take a tour of our school.

And prepare for possibility.