Studying the Brain Through Art

New developments in the field of neurology are studying the brain through art.

Did you know that the human brain more quickly recognizes a person in as a cartoon caricature versus in a photograph? 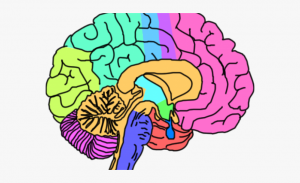 It’s all because of the fusiform gyrus. That’s the part of the brain involved in facial recognition. And cartoon caricatures generally emphasize the same features our brains use to distinguish one face from another.

This is just one of the many fascinating discoveries neuroscientists have made when studying the brain and how it interprets art.

Was Pablo Picasso a closet neuroscientist? Well, sorta. Perhaps he was more of an unsung one.

Whatever the case, when Pablo Picasso wanted to reinvent a portrait he did of Gertrude Stein in 1906, he wanted to push the boundaries. But he didn’t quite know how. So he ran off to Spain for a while, where he was deeply moved by the art and the culture there.

He returned to Paris and gave Stein’s portrait the head of a primitive mask. The perspective was flattened and it was a series of dramatic angles that exaggerated her most distinctive features. In other words, he intentionally misrepresented those features.

Nevertheless, the portrait is unmistakably Stein. Picasso utilized careful distortion to intensify reality. As he put it, “Art is the lie that reveals the truth.”

This is known as the peak-shift effect. The objective of the artist is to take mundane forms of reality— a face or a still life —and make them into forms the human brain can’t resist. So in a sense, the artist is a neuroscientist. He or she explores the capacities of the brain but with different tools. In this case, a paintbrush.

Picasso surely had an intuitive understanding of the mechanics of vision. And the neuroscientists who are fascinated by this connection work in the field of neuroaesthetics.

The Fascinating Field of Neuroaesthetics

What would compel scientists to use artists to learn about the mind? To seek out objective facts from some of the most notoriously subjective material? It can seem as though scientists are lagging behind in the insights artists discovered long ago.

Walk through an art museum, art gallery, or even an arts academy high school and gaze at the work. It seems that artists know how to captivate the eye and the mind. Scientists believe they can learn about the brain by reverse-engineering art.

But researchers in neuroaesthetics want to explain the sublime in terms of the visual cortex. They want to determine if there are neural correlations to the adjectives we use when describing art – such as beautiful or awe-inspiring. They feel there is nothing inherently mysterious about art and that it can be decoded by simply finding the underlying principles shared by every great work of art.

One thing that’s understood is that all of our color perception is pulled from the responses of three different photoreceptors in the eye. Great artists are, in some way, able to translate these startling limitations into compelling creations.

Leonardo da Vinci exploited the peculiar structure of the retina with his Mona Lisa. Her facial expression changes depending on which part of our retina we use when looking at her mouth.

Our eyes are instantly drawn to her eyes and our retinas focus on the shadows cast by her cheekbones which exaggerate the curving of her lips. This leaves the peripheral vision to perceive her as smiling.

But if we consciously focus on her mouth instead, the retina no longer focuses on those shadows and her lips are relatively expressionless. Certainly not happy.

Somehow the painting has changed without changing at all. And this was the brilliance of da Vinci.

Another discovery by neuroaesthetics researchers was just how much the brain is drawn to visual stimuli that are easy to interpret. It will opt for pictures that accommodate its specific way of seeing. And our visual neurons have a preference for straight lines. 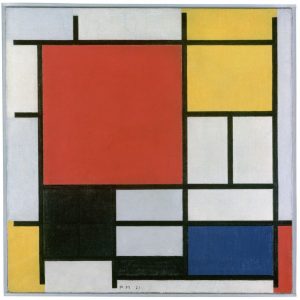 So when the brain views Dutch artist Piet Mondrian’s geometric representations, it becomes quite engaged. As far as we know, Mondrian wasn’t making a conscious effort to imitate the receptive fields of our brain cells. He was trying to reveal the “constant truths regarding forms.” Yet that impulse, his wanting to captivate the eye, led him to create neurologically accurate art.

Cézanne was one of the first artists to leave bare spots on the canvas. This happened more as he aged, and his pieces were thought to be incomplete. In reality, Cézanne’s blank spots forced the brain to engage in one of its most treasured activities – problem-solving.

The element of peekaboo in Cézanne’s (and subsequent others’) pieces piques the brain’s curiosity. It then sets it in a course to make sense of and search for meaning in the artwork. The effectiveness of the pieces, therefore, depends on their ability to inspire the imagination and create a problem the brain is eager to solve.

Studying the Brain Through Art

Folks have been attempting to define art for millennia.

But one of the bigger questions posed by neuroaesthetic researchers is this – does the brain react differently when looking at kitsch (art “objects” diminished for their vacuous sentimentality) versus actual art?

To find out, they’re using fMRIs and brain imaging to measure brain activity when subjects look at each one. The visual stimuli are similar, but the brain’s reaction is clearly different. In other words, kitsch may look like art, but it doesn’t trigger the same intensity of feeling – thereby making it not art.

It’s a fascinating query and one that, in the end, seems to come down to the fact while anyone can learn the visual rules to make kitsch, it takes true talent and training to turn it into fine art.

The Intuition of the Masters 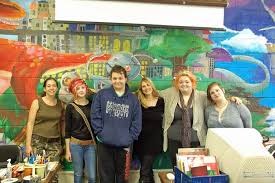 Neuroaesthetics isn’t aiming to diminish the impact of art or decode the power of imagination. Its aims to provide an even greater appreciation for the intuitive wisdom of master artists.

They are studying the brain through art to ultimately figure out what artists figured out a long time ago – how to captivate the human mind with nothing but a flat surface and some pigment.

If you feel that your child has the talent and drive to become a prolific artist, then contact us today. Arts Academy in the Woods will foster his or her artistic growth and give the next generation of neuroaesthetics researchers something to talk about!