Studies Show That Diversity Is Crucial to Creativity

The fact that diversity is crucial to creativity makes perfect sense when you think about it.

It’s no secret that in the job world, diverse teams produce more creative results than teams where members are all from a similar background.

Many studies show that hearing dissent from those who don’t share our race and/or gender, as 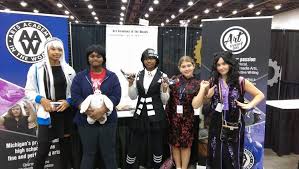 well as myriad other dimensions, provokes more thought than when those same words come from someone who looks like us.

And this is key in fostering a creative mind.

To delve into this a little deeper, let’s address the following question first:

At its most basic level, creativity is the process of morphing new and imaginative ideas into reality. To be creative is to be able to perceive the world in new ways.

It is also the ability to find hidden patterns and to connect phenomena that are seemingly unrelated. Ultimately, to be creative is to generate solutions.

There are two processes involved in creativity. One is thinking, and the second is producing.

The problem is, your mind loves to organize information in a very structured matter. It carefully places similar pieces of information in proximity to one another. This makes it easier to process, manage, and retrieve all the data you store there.

But it is counter to creativity.

When you call upon your brain to be creative, you ask it to go against this pattern and diversify. You encourage it to search for information that’s associated with other concepts that may be stored in a box all the way on the other side of the brain.

Obviously, this isn’t a scientific explanation. There are no boxes in your brain. But that’s the essence.

Why Diversity Is Crucial to Creativity

Traveling outside your brain and into the real world, that same sense of diversity is essential in any creative problem-solving tasks. And this is true for artists as well.

For example, a male black musician plays his instrument in the same technical way as a white female musician. But they come to their instruments with different stories and experiences in tow that shapes their music.

The same can be said for a transgender Native American painter and a painter of Korean descent with physical challenges. In placing the brush to the canvas, their work is informed by their vastly different backgrounds and perspectives.

And this is a good thing.

It’s precisely why you see so much diversity as you walk the halls of an arts academy high school. Such a vast array of contrasting life experiences lends brilliantly to the creation of art.

The Beauty of Diversity in Arts Education

There’s an inherent understanding in the field of arts-integrated education that diversity is crucial to creativity. In using the arts to teach science, math, and other topics, educators at arts academy middle schools and high schools encourage students to generate creative ideas to solve problems.

They may do this by having students open a book and select a random word. From there, the students are asked to generate ideas using that word – forcing their brains to think outside the above-mentioned proverbial box.

On other occasions, they may take their students to another physical location – such as outside or in the hallway to view art – to encourage a  new perspective. They may even apply a distantly related model to further push the envelope.

For example, a math teacher may use music to help students grasp a theorem. Music and math may seem disconnected. Yet just as mathematics involves seeking patterns that can explain and predict the unknown, music uses similar strategies. In fact, reading music is like reading a math problem.

And finally, there is the huge benefit of diversity in the student population itself. During group critiques, receiving input from others who hail from various backgrounds only further builds upon new ideas and creativity.

There is more than a handful of studies to back this up. We’ll take a look at two of them.

Above, we mentioned studies that indicate how much more likely we are to hear dissenting views from those who don’t share our background. This is particularly the case when it comes to racial relations in creative problem-solving.

One experiment in 2006 set out to examine the impact of racial diversity on small decision-making groups. The subjects were undergraduate students taking business courses and were told that sharing information would be a requirement for success.

The research team assembled a variety of three-person groups. Some consisted of all white members, while others had two white members and one nonwhite member. Each group was asked to perform a murder mystery exercise.

All group members shared a common set of information. But then each individual member 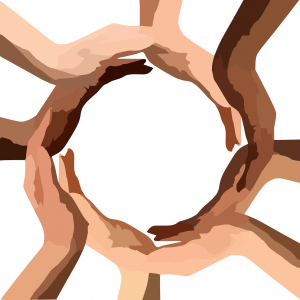 was given information that only he or she knew. In order to determine the murderer, the groups had to share all the data they possessed during discussion.

The racially diverse groups outperformed the other groups. Significantly. It turns out that being with those similar to us makes us believe we all hold the same information and have the same perspective. Such a viewpoint hinders us from processing all of the information that would otherwise spark innovation and creativity.

Other researchers have found similar results.

A 2004 study gathered over 350 students from three universities in order to look at the influence of racial and opinion composition in small group discussions.

Group members were asked to discuss a relevant social issue for 15 minutes. The researchers wrote dissenting opinions, then had both black and white members deliver these opinions to their groups.

Once again, when a black person presented the dissenting viewpoint to a group of white people, it was perceived as more novel than when a white person introduced that same dissenting perspective.

This led to broader thinking and the development of alternative solutions. In other words, diversity empowered more creative thought.

So There You Have It

From the arts to the trades to the corporate world, it’s pretty clear that diversity is crucial to creativity.

If you feel that your child is not in a diverse educational environment that fosters creative and artistic growth, it’s time to investigate the benefits of an arts-integrated education.

Contact us today to take a tour of our school. At Arts Academy in the Woods, we thrive on diversity.

Your child will too.