Speaking up at the Bonior Soapbox Challenge

This Saturday, March 14th, young people will speak up about the issues they care about most.

The second annual Bonior Soapbox Challenge will be held at the Detroit Institute of Arts.

Middle and high school students from the Detroit Metro Area will give speeches answering the questions:

It’s important to hear directly from young people about the issues facing their communities, as well as the vision they have for the future of the city and the country.

At Arts Academy in the Woods, we know just how important this is. 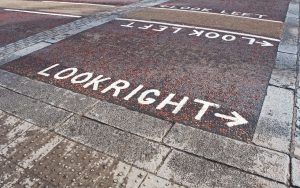 And schools are far from immune.

Navigating education in such a politically divisive climate has been a challenge since the 2016 presidential election. Headlines from one source scream one message, while pundits from another speak the contrary.

Students and educators have felt caught in the crossfire.

Fearing backlash (and worse) from discussing hot button topics, they struggle to have civil conversations about controversial political issues.

This comes at a time when it’s more important than ever that young people develop their voices and learn to speak up for what matters.

So we believe in the importance of discussing and teaching controversial political issues. With increased political literacy, students are more inclined to engage and participate.

They learn to respect and understand other viewpoints while growing more confident in expressing and holding their own.

Plus, students with political literacy – no matter how divisive the environment – are far more likely to vote when they reach legal voting age.

What’s really at the heart of all of this though is the fact that debating controversial political issues in a civil manner is a learned behavior. It doesn’t come naturally.

So how can a young person who is not taught to engage civilly in political debates possibly be expected to do so as adults? They can’t be.

This is where Soapbox Nation enters the scene.

In our last post, we talked extensively about the Mikva Challenge and the incredible work they do in generating interest in politics for

Created in partnership with Mikva Challenge and Facebook Education, Soapbox Nation embraces the power of youth voice and opinion. It encourages students to become active participants in the civic debate of their community.

At the same time, the specialized Soapbox curriculum teaches civic knowledge, social-emotional learning, public speaking, and the critical thinking skills that enable young people to build empathy for their peers.

The program gets youth excited about learning civics and being active citizens. In other words, it transforms students into civic actors rather than mere spectators.

Mikva’s Project Soapbox has been active for over 8 years now. It focuses on giving young people the tools and opportunities to speak out about the issues facing their schools, communities, and lives of young people.

Educators work with students using Mikva’s 1-2 week Soapbox curriculum. They help them connect with issues they care about and develop their case for making a change.

Students develop a powerful, well-researched, two-minute call-to-action speech about an issue that deeply impacts them and their peers. Then they submit a video of their Soapbox speech to be shared on the Soapbox Nation Facebook page. 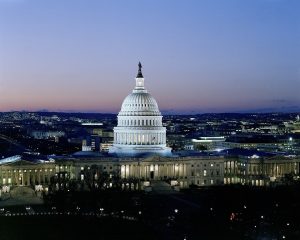 Students with the top 12 winning speeches fly to Washington D.C. to present their speeches to a national audience. They are also given the opportunity to talk with public officials on Capitol Hill. This helps them learn the most effective ways to get their voices heard in the nation’s capitol.

But back on the local level…

This past winter, over 700 students from 12 schools throughout Wayne, Oakland, and Macomb counties gave original speeches in their classrooms on issues that matter to them. Speech topics included everything from climate change to mental health to education and more.

(At AAW, sophomore Layla Brewer bravely gave a speech on creating a more equitable sex education program in the public schools that includes LGBTQ. It was powerful and moving.)

Of those amazing 700+ students giving their impassioned speeches, only 80 could be selected to attend the Mikva’s regional challenge in Detroit. This challenge is known as the Bonior Soapbox Challenge.

Are you interested in hearing what the youth in this area have to say about issues that affect them? Then head to the Detroit Institute of Arts this Saturday to hear their voices loud and clear.

The Final Round of speeches will be held from 12:45pm – 2:00pm. You can also feel free to reach out to Carrie Kelso with any questions at carrie@mikvachallenge.org.

See You at the Bonior Soapbox Challenge?

We’re so grateful to be involved with the Mikva Challenge and Soapbox Nation at AAW.

In our school, we celebrate tolerance, listening, and understanding. We want everyone to feel free to speak and develop their voices. It’s a huge part of our regular curriculum.

So if you feel that your child could benefit from learning who s/he truly is, then contact us today to take a tour of our school.

And to get an earful from young people who have found the confidence to make their voices heard, be sure to attend the Bonior Soapbox Challenge to support those voices.