Our most recent blog post highlighted the many years of research backing the importance of arts-integration for academic achievement.

And that research just keeps on coming.

Earlier this year, it came out of the esteemed Johns Hopkins in Baltimore, Maryland.

Mariale Hardiman and colleagues from the university’s School of Education and Center for Talented Youth enlisted 350 students from 16 different classrooms in the city.

They wanted to measure the retention of scientific content utilizing arts-integrated learning versus conventional instruction that didn’t use the arts. 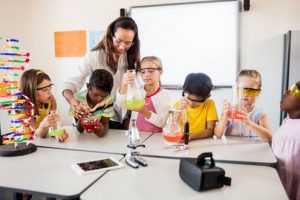 – actually DID retain science-based knowledge longer than students who didn’t make art in the same class.

It’s nearly impossible to discuss learning without talking about memory. And children simply forget much of what they learn.

But this study’s researchers found that students who memorized and sang a song with lyrics about science-based lessons remembered the content much longer and in more detail than those who attempted to retain textbook content learned by rote memorization.

(Of course, if you’re old enough to remember Happy Days, you may well have an intricate understanding of the circulatory system from the Pump Your Blood song. So the understanding has been around for quite some time.)

Whatever the case, the study provides more evidence of the importance of broader arts integration into conventional teaching.

“I hope the findings can assuage concerns that arts-based lessons won’t be as effective in teaching essential skills,” Hardiman said in a statement. 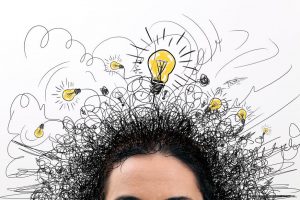 at lower academic levels. But students at advanced levels didn’t lose any learning from incorporating arts into classrooms.

In fact, they more than likely gained benefits such as engagement in learning and enhanced methods for critical thinking.

Arts education isn’t only relatable to science. And the vast majority of education policies DO recognize the value of arts.

But mandates are one thing. Implementing programs in the classroom is another thing altogether.

And since achievement is measured largely through math and language arts scores, many school districts have shifted their focus to these subjects in an attempt to raise test scores.

But in doing so, they wrongly believe that the arts detract from these scores rather than enhance them.

After all, this study, along with a great deal of other evidence, shows that kids immersed in the arts do better on their academic tests. So if schools are concerned about getting those test scores higher, they should be giving the kids more art, not less.

The Arts ARE Life

The fact is, the arts are closely linked to almost everything that parents say they want for their children and demand from their schools. Along with academic achievement, parents also want social and emotional development, civic engagement, and equitable opportunity.

That’s why arts-integrated schools and art academies focus on creating a learning environment that builds character. By incorporating the arts into academic lessons, learning becomes more desirable and relatable.

Many of the models for these educational institutions are based on new findings in brain research and cognitive development. So along with using the arts as a learning tool, they incorporate arts into other core classes. For example, maybe writing and performing a play about the Witch Trials.

They also stress the importance of a school environment rich in arts and culture. There might be jazz or classical music playing the hallways, for instance.

And then, of course, educators provide plenty of hand-on arts instruction.

Proof Is in the Pudding

While the instance of schools partaking in this isn’t huge yet, there have been some impressive results. And that’s sure to spark a trend.

Meanwhile, it may send a message to schools that are so focused on reading and math that doing so has become counterproductive.

“When you think about the purposes of education, there are three,” says Arizona’s state super-intendant of public instruction, Tom Horne. “We’re preparing kids for jobs. We’re preparing them to be citizens. And we’re teaching them to be human beings who can enjoy the deeper forms of beauty.”

This third point is just as important as the first two. And it’s precisely what arts-integrated education offers.

Is School a Struggle?

If you have a child who is struggling to make sense of lessons at school – or if you’re a student yourself and memorizing textbooks just isn’t your jam – consider an education steeped in arts-integration for academic achievement.

Come and take a tour of Arts Academy in the Woods. And see what you’ve been missing. It could just change the direction of your whole life.