Music As a Noble Profession

Given the impact music has on every human being on the planet, it’s rather hard to refute music as a noble profession. 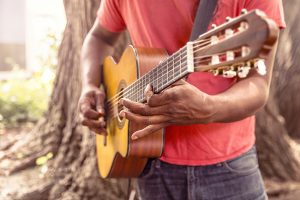 Yet given the saturation of noise and overstimulation on the internet and beyond, parents are inclined to discourage their children from a career in music. And this is unfortunate.

Because working in music is so much more than merely creating something “you can dance to and has a good beat.” (Though those are two great assets, to be sure.)

Music affects culture. And vice versa. It’s an inherent part of every person’s life – at least to some degree. Even so, pinpointing exactly what music IS is no small order.

Music Is Impossible to Define

Music is as complex as it is simple. This is only one part of the reason it’s tough to define.

Another challenge lies in the fact that it cannot be touched or seen, and it has no physical form. So unlike a painting or a dance performance, it’s difficult to put words to it.

In the simplest of terms, it’s sound that is organized in such a fashion to evoke emotional responses. It attempts this through vocals, instruments, or both, and contains elements such as rhythm, harmony, pitch, and timbre, that shape and form the listening experience.

That’s all fine. But at the end of the day, what it does is ultimately more important than what, exactly, it is.

As chairman of the GRAMMY Foundation, Rusty Rueff knows a thing or two about music:

Think… Why do we put music behind slideshows we make at home? In soundtracks to movies? To change our mood when we get in the car? To help us deep think?

Music is that language that helps us express and experience emotion.

Studies, in fact, bear this out. According to research from Harvard University in 2019, music carries a set of unique codes and patterns which are universally understood. The study set out to explore whether music from different cultures share certain qualities. It turns out they do.

In analyzing a song’s acoustic features, such as tempo, tonality, and ornamentation, they found it was possible for all people to understand its meaning. Cultural background made no difference.

The study concluded that music was universal. “It exists in every society (both with and without words), varies more within than between societies, regularly supports certain types of behavior, and has acoustic features that are systematically related to the goals and responses of singers and listeners.

The Value of Participation and Action

Many young people who are inclined toward music tend to be shy or appear to prefer to be alone. Sometimes this is because the only way they know how to connect is through music. As such, they may eschew participation. Famous composer Hans Zimmer explains:

Participation is important. I grew up in England and was very shy. When I came to England, I could not 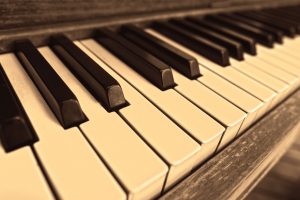 speak any English. The only way I could communicate was to play a bit of piano. This has happened to me time and time again where I would work with musicians and we wouldn’t be able to speak the same words- but when we start playing, hours would pass and there was no need to exchange words! We would know exactly where to turn, where to go, whether it was going well or not… and would know instinctively how to steer the music to reach an unspoken result that was aesthetically satisfying.

In an era when division and separation are the status quo that seems we may never transcend, music could be a valuable source for bringing us back together. Musician Moby takes it one step further:

For decades music has also legitimized certain world views. Music has taken in world views that are oftentimes left of center and made them seem legitimate in the political, hedonistic, or public realm. I think of John Lennon’s song Imagine. There are hundreds of millions of people who have been affected by that song, and it’s changed- to an extent- the way people see themselves, relate to people around them, understand the world cosmologically, and more.

Rather than a future that relies solely on science and technology, future generations may look to the arts and to music, specifically, to help heal this schism.

Are You Able to See Music As a Noble Profession? 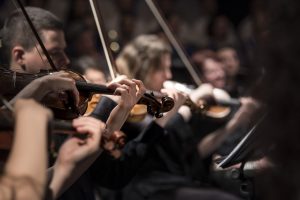 If your child is considering pursuing music as a career, it can be difficult to see it as nothing but a road to disappointment. But there are many valuable avenues when choosing music as a noble profession.

If music is truly a calling for your child, he or she will find a way to engage in what makes them happy. So why not give your middle school- or high school-aged child the best foundation for such a career?

Contact us today to learn more about how an arts-integrated education that includes music could help your child thrive into adulthood as a musician. There are so many possibilities.