Navigating everyday life for LBGTQ teens is challenging enough without having to worry about feeling unsafe at school. Yet, the notion of every institution being a safe school for LGBTQ teens is still far away.

In fact, according to a 2019 national school climate study, over 86% of LGBTQ students said they experienced verbal harassment. And 68% percent were discriminated against based on their gender identity or sexual orientation.

The study was conducted by GLSEN, an organization that’s focused specifically on ensuring safe and affirming schools for LGBTQ students.

Their comprehensive study also found that these same students miss school, avoid bathrooms, and are more likely to suffer depression. So how can we change this?

Admittedly, high school is a tough time even for the prom queen and the star quarterback. Teenagers can be… unkind.

Sadly though, it’s not just other students guilty of discriminating against their LGBTQ peers. Over 50% of the 10,000 students surveyed in the above study said they heard biased remarks from school staff as well.

And both school staff and LGBTQ allied students often fail to intervene when they hear homophobic remarks at school. 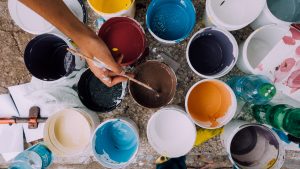 Of course, some schools are striving harder to bring awareness to this issue than others. Schools such as arts academy high schools, for instance, tend to be far more open to the LGBTQ population. They embrace their contributions to the world of culture.

As such, LGBTQ teens feel much safer in these environments. Here are some of the methods that educators in these schools are using to become more enlightened.

LGBTQ students perform better in schools with a student Gender Sexuality Alliance, or GSA. According to GLSEN, these groups can greatly improve a school’s climate.

GSAs need to be started by students. Yet, faculty members can show their approval of such groups by being verbally supportive of the formation of such a group. They can then offer their services as a faculty advisor.

The existence of a faculty-supported GSA speaks volumes to students who feel they’ve been victimized in the past and had nowhere to turn.

Using names such as “lesbo” and “faggot” or terms such as “that’s so gay” in a derogatory way is disrespectful to the LGBTQ community. Educators make a conscious effort to eliminate this sort of homophobic language so every student feels safe.

Some teachers even designate their classroom a “safe zone” using posters or stickers on the door to signal to students that they’re in a space where people are willing to challenge anti-LGBTQ language.

This means that educators and LGBTQ allies must be willing to address the language at the moment it’s used. Rather than meting out punishment or ridiculing the guilty student, discussing and deconstructing the comment can be helpful. That way, the person who spoke the words can also feel safe to explore his or her reasons behind doing so.

3. Including Positive Representations of LGBTQ in the Curriculum

For many MANY decades, black children learning in the United States school system saw very little representation of themselves. From history lessons to school films to the characters in a math problem, the players were predominantly white.

Women were also equally underrepresented, with the vast majority of history covering the antics of white men, and literature covering the “classics” – i.e. books written by white men.

In the past decade, the educational system has made some shifts to be more inclusive of race and women. It’s been a bit slower to adapt to LGBTQ representation though.

As such, educators striving to be more inclusive are taking the time to review materials so that LGBTQ students can see themselves in their learning. This means they’re sensitive to presenting a proper balance of the positive influence of icons and leaders, while not hiding the truth behind even 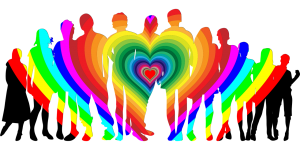 ts that are historically important.

Educators who don’t personally identify as LGBTQ or spend time in the community deepen their understanding of what it means to be in the community by learning through podcasts, reading blogs, or spending more time with LGBTQ members.

They understand that the language is always evolving and put in the extra work required to stay up to speedwith it. For example, at one time the word “queer” was meant as a slur. And given the intention behind the usage, it still could be. However, the LGBTQ community has reclaimed it as an umbrella term to describe sexual orientation, gender identity, or gender expression that doesn’t conform to heteronormativity.

And speaking of heteronormativity, sensitive educators are also cautious to not make heterosexuality the default or normal setting of every human being, thereby leaving the LGBTQ to feel as the abnormal or “other.”

Finally, when students witness teachers and faculty who are vocal and open in supporting them, it goes a long way toward their feeling safe at school as an LGBTQ teen.

Even so, there are still faculty members who may fall short. In some cases, it’s simply a matter of ignorance and minimal or no exposure to the LGBTQ community. In these cases, a handful of educators have taken advantage of resources like GLSEN’s Safe Space Kit which includes a 20-minute presentation that teachers can offer to school staff. They also offer in-person professional development that is run by volunteers who are dedicated to this cause.

It’s a beautiful example of true compassion and acceptance.

A Safe School for LGBTQ Teens Is Essential

Making a school safe for LGBTQ teens should be at the top of every institution’s list of objectives. Unfortunately, that isn’t always the case.

So if you’re seeking a school that’s a safe and accepting space for EVERY student – LGBTQ or otherwise – contact us today to schedule a tour of our school.

The way we see it, true education can only happen with complete inclusivity.