How decent is your understanding of art history? You might be surprised to learn about the lesser-known art movements that emerged in the 20th century.

It shouldn’t come as any big shock though. Artists are rebels. So it’s not unusual for art movements to be born out of conflict. And there was plenty to be found in the 20th century.

Sure, movements like Surrealism, Cubism, and Dada (to some extent) made it to the forefront. But there were plenty of other art movements. And they were inspired by the same irreverence and willingness to challenge a less-than-desirable status quo.

Lesser-Known Art Movements of the 1900s

From showcasing political wrongdoings to shedding light on decolonization and marginalized populations across the globe,  most of the lesser-known art movements of the 1900s spoke to the problems of the time.

The Bengal School of the 1900s

The Bengal School was born out of India’s struggle to gain independence from the British Empire. It was named for the northeast Indian province where political events had been stewing since the late 1800s. 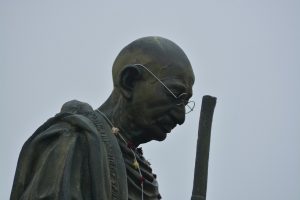 This movement was composed of anti-imperialist artists. They were concerned that India’s focus on science had left the importance of art in the dust (sound familiar?). Furthermore, they wanted art that rejected Western-influenced techniques and drew on those from the East.

They were particularly drawn to Japanese ink-wash painting. This influence gave much of their imagery a dreamy quality. And a specific artist of this movement – Nandalal Bose – created drawings of Gandhi. These drawings would be key in representing the anti-colonialist as peaceful in his fierce resolution to gain independence.

Bored with Brazilian culture and society in the 1920s, poet Oswald de Andrade presented a provocative ideology. He called it Anthropophagy – a word that means ‘cannibalism’. Proud of Brazil’s ability to defeat its colonial European oppressors, he suggested eradicating European culture. He instead wanted to create a uniquely Brazilian movement.

Thus Anthropophagia was born.  It provided a dreamy aesthetic of flat cityscapes and buildings in bold colors.

Meanwhile, to the north, another poet named Manuel Maples Arce scribbled a manifesto on a wall in Mexico City. The manifesto stated it was time for intellectuals to seize the day. It encouraged moving forward. From this manifesto grew the Stridentism movement.

Feeling that “an automobile in motion [was] more beautiful than the Victory of Samothrace,” this left-leaning group differed from Diego Rivera’s more widely known Muralist movement. Instead, they infused European trends such as Futurism with the Mexican Art Nouveau and Art Deco of the time.

Unfortunately, the Stridentists were based in a commune in Veracruz which was attacked in 1927. The movement dissolved in the years that followed.

In the 1920s in Paris, it was very fashionable to take an interest in black culture. As such, avant- 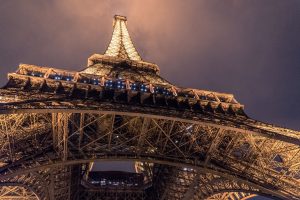 garde artists appropriated all sorts of art, music, and dance from Africa. They then developed their own forms of modernism.

The Négritude movement was born in the 1930s in rejection of this. Instead, the artists and writers of this group declared Africa to be the home of Surrealism. They went so far as to create their own unique form and then take it out into the world at large.

In fact, one of the movement’s poets from the African diaspora – Léopold Sédar Senghor – moved to Senegal to become president in 1960.  During his term, he promoted Négritude across the country through academies devoted to art, music, and theater.

In the late 1930s, Nazi Germany was a frightening and horrifying reality.

To Germany’s south on the continent of Africa, the Art and Freedom movement began in Egypt in 1937. Its manifesto, entitled Long Live Degenerate Art, openly decried avant-garde writers and artists persecuted in Nazi Germany.

The movement was also devoted to highlighting the heinous inequalities of Egyptian society. The artists were a Surrealist group who were firmly against order, logic, and beauty. Their paintings depicted deformed and dismembered bodies. This was to expose the rot in Egyptian society then eventually the horrors of World War II.

They eventually created their own form of Subjective Realism which strayed from formal subject matter or style.

Though it only lasted about four years, the Progressive Artist Group was an influential movement. It was formed during the first year of India’s independence in 1947. Its primary founder was the rebellious artist Francis Newton Souza. Souza was expelled from art school for creating pornographic drawings, as well as criticizing Western academic teaching.

Similar to the Bengal School, the PAG strove to create and present new modern art that was solely from India. Combining avant-garde styles with distinctly Indian subject matter, their work was rich in mythological and religious symbolism.

The African Commune of Bad Relevant Artists (known as Africobra) was a Chicago-based movement. It became one of the most influential Black Power art groups in the United States. 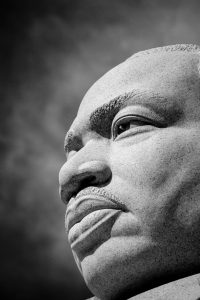 In response to the assassinations of Martin Luther King and Malcolm X, the group’s founder set out to create a new black aesthetic. It combined influences from Africa and America. The images vibrated with color and rhythm inspired by African music. This aesthetic was also known as ‘superreal.’ It contained positive messages promoting empowerment for the black community.

Meanwhile, a vibrant art scene emerged in Iraq in the late 1960s. The New Vision Group was an outgrowth of a cultural system established after the socialist Ba’ath party assumed power. The group supported Pan-Arab unity. They hoped for a new form of modernist that would connect Arabic artists ideologically and culturally. They also promoted a form of abstract painting that incorporated Arabic script.

Unfortunately, the Ba’athist regime evolved into a dictatorship. Some members were forced to go into exile in Britain.

Fight Censorship of the 1970s

There was only a small handful of American artists representing sex from the female perspective. And there was STILL a disproportionate number of known female artists in the 1970s. So when local authorities attempted to censor her show, she formed the group to fight against it.

Could Your Artistic Child Spearhead the Next Movement?

If you have a child who is creatively-minded, he or she may just grow up to be the founder of one of the upcoming lesser-known art movements. Or maybe even a major one!

Whatever the case, if you feel your child would thrive in an artistic environment, consider the many benefits of a public arts academy middle school or high school.

Contact us today to take a tour of our school. And see how much your child will expand and grow when given a place to safely express him/herself artistically.