The end of the year is winding down.

But the advanced acting students at Arts Academy in the Woods in Fraser, Michigan, are gearing up for an unusual January performance.

Well, it’s only unusual if you compare it to other high school acting performances around Southeast Michigan.

So on January 18th, 2020, the students will be performing Macbeth – but using themes from One Flew over the Cuckoo’s Nest.

The Brilliance of Learning Literature and Social Studies through Acting 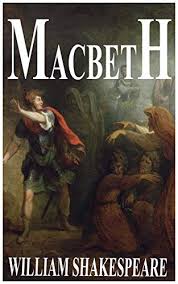 The upcoming performance in January is more than just acting students demonstrating their theatrical chops.

Sure, there will be plenty of that.

But as you probably surmised by the combining of Macbeth and One Flew Over the Cuckoo’s Nest, what the advanced acting students at AAW are doing adds another dimension.

And it all starts with the innovative thinking of an AAW teacher by the name of David Fuchs.

Teaching social studies and literature through acting is not new at AAW. That’s the beauty of attending an arts-integrated high school.

Students at the school engage in multiple artistic venues to learn myriad topics. For example, learning a scientific principle through sculpture. Or a math formula through music.

At an arts-integrated school, educators are trained to think outside the box. It’s an effective way to engage arts-minded students.

So each year when David Fuchs has the students in his advanced acting class choose plays to perform, he adds a twist.

The students have to stir things up a bit and combine the original work with themes from other sources of literature and social studies. 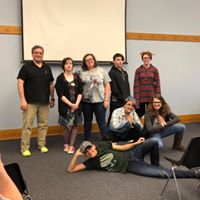 For example, a student might choose Hamlet – and then combine it with the Civil Rights Movement. The student would need to consider how the prince of Denmark who is charged with avenging his father’s death might go about things differently if he were also marching for others’ rights in the 1960s.

It Makes for Great Performances

“Having to integrate the themes creates discussions and conversations that lead to, hopefully, a deeper understanding of the play and a better performance,” Fuchs says, explaining his thinking behind this idea.

And so far, it has worked.

Fuchs has been employing this strategy for the past five years. And it continues to be an extraordinary experience for both the students and the audience.

“I’ve been told we are the only ones doing it,” he says. Fuchs has been a teacher for more than 13 years. Seven of those years have been at AAW, where he also teaches math.

In combining Macbeth and One Flew over the Cuckoo’s Nest, the students were challenged to find parallels between the two stories.

If you’re not familiar, Ken Kesey’s 1962 novel is the portrayal of a criminal who gets transferred for evaluation from a prison farm to a mental institution. He thinks life will be a cakewalk there.

The wicked Nurse Ratched keeps all the patients in line through medication, abuse, and electroconvulsive shock therapy. The criminal sees her manipulative ways, but is helpless to combat her.

The Power Struggle Is Real

Nurse Ratched’s power over the men can be compared to Lady Macbeth’s. She controlled her husband to commit murder. 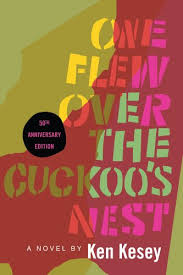 But they are both being manipulated by strong women.

Another twist is that instead of being set in Scotland during the 11th century, the AAW play takes place in an American psychiatric hospital during the 1950s.

Finally, without giving too much away, Lady Macbeth’s life and death follow a similar path to the one written by Shakespeare. However, there is an alternate ending that the students conjured up during one of their brainstorming sessions.

And from what we hear, it’s pretty electrifying. And a true testament to the power of creativity.

See the Results of Learning Literature and Social Studies through Acting

This one-of-a-kind performance is open to the public.

There will also be a live band and visual arts students will do paintings based on the genres developed during the 1950s era.

So if you want to experience firsthand the amazing impact of learning literature and social studies through acting, come on by Arts Academy in the Woods on January 18th at 4 p.m.

The school is located at 32101 Caroline Street in Fraser and admission is free. We look forward to seeing you!