How Art Exposure Can Combat Racism

Nobody is born a racist. 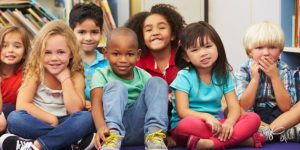 Children only begin to recognize difference in skin color and other physical traits around the age of 3. By the age of 5, however, they’re capable of developing negative biases based on these differences.

And if they come from an environment with little to no exposure to other races and cultures, these biases are set in place by the time these children reach middle school.

Even with the internet, they will be drawn to content that only further reinforces their beliefs. (Pretty much like most of us.)

Interestingly enough, art exposure can combat racism – both in terms of viewing it, as well as creating it.

But how do we make this happen?

Many believed we’d come far since the powerful and inspirational words of Rev. Dr. Martin Luther King Jr. But it’s sad to say that American children of color are experiencing more anxiety and harassment than they have in many decades.

Racism is rampant. And it’s tough to deny that this may be due in part to the increasing segregation of K-12 schools.

Findings from the Government Accountability Office from 2000 to 2014 show that the number of K-12 public schools that were high-poverty and comprised of mostly black or Hispanic students almost doubled from 9% to 16% in those 14 years.

Furthermore, the number of students attending these schools more than doubled.

King hoped that one day children would not be judged on the color of their skin but rather the content of their character. Unfortunately, it’s very difficult for children to do this without an understanding of different races, cultures, and ethnicities in the world.

Back in 2012, the National Endowment for the Arts also conducted a study where they asked parents of school-aged children whether they themselves recalled visiting a museum/gallery or seeing a performance when they were children.

Over 66% of the white parents recalled having done so. Yet this number dropped to 15% for parents who were Hispanic, black, and of any other race. This is a huge disparity.

The gap lessened though when it came to art exposure for their own children.

In that case, more than 48% of white parents reported their children had had such experiences. Meanwhile, over 33% of black parents and 29% 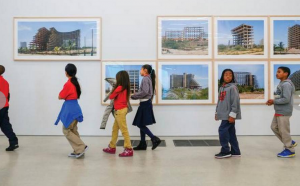 of Hispanic parents reported the same.

This is of key importance because many children of color are at an economic disadvantage and are less likely to have access to the arts.

Yet a 2012 report from the National Endowment for the Arts found that economically disadvantaged students who have access to arts in or out of school tend to have better academic results, improved workforce opportunities, and more civic engagement.

In fact, the study found that low-income students with arts-rich experiences in high school were 10% more likely to complete other classes in the curriculum.

And 74% said they had plans to earn a bachelor’s degree. That number dropped to 43% for those with little or no access to the arts.

Based on that report, it’s fairly clear that schools play a critical role in giving students of color access to music, drama, and other arts classes.

But it’s equally important that if students in predominantly white schools are not to buy into racist dogma, they must have that exposure as well.

Especially when they are exposed to works by artists from diverse backgrounds that are given equal billing throughout the school year.

How Art Exposure Can Combat Racism

Arts education is a remarkably effective way to combat preconceived notions and biases.

Wander the halls of almost any arts academy high school and you will see students of many races, cultures, and ethnicities coming together in solidarity to create. 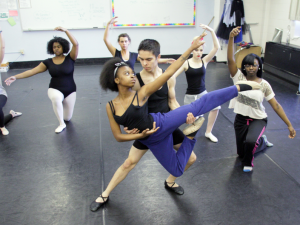 Even in other schools that are not art-oriented, the arts require students to look beyond just the surface. They must learn to examine technique and formal elements, as well as concepts and meaning. They must learn the character of a piece.

And this is true whether it’s a painting, a story, a piece of music, or a dance performance.

It would be an oversimplification to say that it all comes down to diversity.

But certainly studying the work of diverse artists is a big step toward developing a deeper understanding of how everyone is marching to the beat of his or her (or their) own drum.

There Is Always More Than Meets the Eye

Exposure to art teaches children to recognize that there are so many more perspectives than just their own.

Even more importantly, by examining the differences, they will come to see what they have in common as well. It’s all part of the process.

And it’s precisely how art exposure can combat racism.

If you would love for your child to experience the diversity of an arts integration education, an arts academy high school is the ideal place to make that happen.

Contact us today to request a tour of our school. And prepare for possibility.