Dr. Mitchell – Recent Research on the Benefits of Arts Education

Are you curious about the benefits of arts education? Especially when it comes to the latest research?

If you’ve been following our “First Mondays with Dr. Mike Mitchell” blog posts, then you’re at least somewhat qualified to talk about the harrowing history of arts education.

And you’re also aware that as principal of an arts academy high school, Dr. Mitchell is pretty passionate about the topic. You even could say he’s a geek for it.

Which is a good thing.

Because his passion for the topic has rendered him something of an expert. So this week, he’s going to enlighten you – the loyal reader – on what recent research on the benefits of arts education has uncovered. 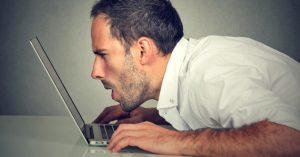 Do an “art education” keywords search of the United States Department of Education’s Education Resources Information Center (ERIC) digital library service and you get more than 11,000 results.

You don’t need to do that, of course. Dr. Mitchell has already covered that. Because, um, he’s a geek.

And while it would take far too long to include a breakdown of those thousands of articles, he’ll share with you some of the highlights:

The Reviewing Education and the Arts Project (REAP)

In 2000, an educational research group at Harvard’s Graduate School of Education known as Project Zero published its Reviewing Education and the Arts Project (REAP).

“The principal researchers conducted meta-analyses of all research from 1959 to 1999 that investigated whether the arts lead to gains in academic ability,” says Mitchell. “Of the nearly 12,000 pieces, only 188 fit the rigorous standards of the researchers.”

The analysis of the research found a distinct and generalizable causal relationship in three key areas:

First, the researchers found that listening to music temporarily improved spatial-temporal reasoning. (It should be noted though that  the research didn’t explain how or why this relationship exists.)

Second, there appears to be a large correlation and causal relationship between learning to play music and spatial reasoning. This is especially the case when learning to read music.

Third, classroom drama, or acting out written text, and verbal ability, was found to be causally related even when considering students’ comprehension of texts that were not enacted.

Despite this compelling evidence, researchers at that time were unable to find the same level of evidence for many other beneficial relationships.

But a few years later, the call for an updated compilation of art research would change things.

We can’t say they were rough, exactly. But they were certainly ready to get down to brass tacks and look at the research.

So the AEP commissioned and published Critical Links: Learning in the Arts and Student Academic and Social Development in 2002. Richard J. Deasy edited the compendium and each of the included studies was chosen and summarized by the lead researchers, James S. Catterrall, Lois Hetland, and Ellen Winner.

This compendium included nearly 160 pages of commentary on a review of more than 60 research studies. The focus was on the benefits associated with five art areas:

According to Ruppert, studying how the arts benefit student achievement leads to the “recognition that learning in the arts is academic, basic, and comprehensive. It is as simple as A-B-C.”

She also found that the arts contribute to academic success in several ways, particularly the “habits of mind, social competencies and personal dispositions inherent to arts learning.”

And as an added bonus, she found that students spent fewer hours in front of the screen, were involved with more community service and experienced less boredom in school.

So research was proving to be far more conclusive about the many benefits connected with an arts education than recently believed.

The Work of Eliot Eisner

Eliot Eisner kept the ball rolling. “Eisner was an independent researcher, theorist, and visionary in the field of arts and education,” says Mitchell.

He was also one of the United States’ leading academic minds and maintained that the arts were critical to developing skills in young students.

In his keynote address at the 2006 Annual Convention of the National Art Education Association, he made ten points about the importance of arts in a child’s development.

These are all necessary real-world skills.

And these assertions were based on Eisner’s 30 years of scholarly and professional work; particularly in the formulation of educational policy to better understand the impact of the arts on the educational development of the young.

National Endowment for the Arts

By 2007, the NEA was also conducting research. Their study found five ways that the arts benefit learners:

Looking at those findings, it’s difficult to argue the importance of arts education.

The Brookings Institution is a nonprofit public policy organization that conducts in-depth research leading to new ideas for solving problems that face society at the local, national and global level.

In 2019, they conducted the first-ever large-scale, randomized controlled trial study of a city’s collective efforts to restore arts education. The study examined the effects of a sustained reinvigoration of school-wide arts education.

There was also an improvement of 13% of a standard deviation in standardized writing scores. 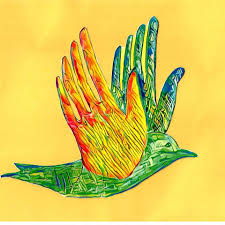 And they found an increase of 8% of a standard deviation in their compassion for others. In other words, students who received more arts education experiences were more empathetic and willing to help people who are treated badly.

So even though science, technology, engineering, and math are important, the research from the past 20 years clearly stresses the importance of arts education too.

And standardized education no longer places a premium on creativity. Which brings Dr. Mitchell to one of the most important questions:

Could an Arts Academy High School Be Right for You?

Obviously, the research on the benefits of arts education proves that it’s about so much more than just being able to express yourself. (Though this is important too!)

So if you’re interested in what an arts academy high school has to offer, take a tour of our school. Prepare to meet Dr. Mitchell, the staff and the amazing students.

But most of all, prepare for possibility.