Being an Artistic Teenager in a Sports-Obsessed Culture

As a blogger for Arts Academy in the Woods, this is a topic that’s close to my heart. So for this post, I’ll speak from that very place.

Being a teenager is no cakewalk. But being an artistic and sensitive teenager is a sports-obsessed culture is even more challenging.

Not having an affinity for sports can be isolating.

When I was in middle school and high school, not going to games or showing school spirit at the mandatory pep was considered 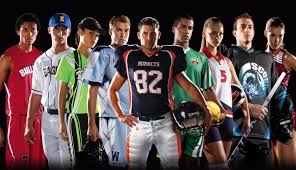 sacrilege. But I just didn’t understand the whole idolization of athletes.

In fact, my lack of pep compelled someone to throw gum into my hair.

It was next to impossible for sports-loving students to understand my and other artistic-minded students’ lack of enthusiasm. It was as though we were delivering them a personal insult.

But that’s truly how some people perceive it.

The Complicated Psychology behind Sports

There are certainly challenges for young women who don’t tow the company line in terms of sports. But it’s particularly difficult for young men to navigate adolescence without affection for at least some sport.

Let me start with a disclaimer here. Sports are great. They can help young people learn how to put their best selves forward, work with a team, and accept defeat gracefully.

But there’s a lot of complex psychology wrapped up in it. And sometimes parental and societal expectations override these lessons.

Thus when young people involved in sports fail or do not perform up to par in a game or practice, instead of it being a life lesson, it becomes self-deprecating and diminishes self-esteem. Not only have they let their team or themselves down, but their parents as well.

That’s a lot to take on for a young person who’s already trying to figure out who he or she is.

Yet, there’s still pressure to be involved in sports. Especially for young men. And if they feel forced into playing sports, they don’t get a chance to explore who they are during those vital years. 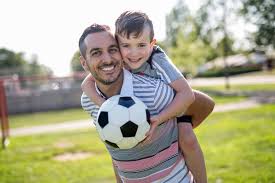 Not to point fingers, but some fathers want their sons to participate in sports more for themselves than for their sons. If their sons don’t want to toss around the pigskin, it’s a blow to his ego – like he’s done something wrong with his son.

But it’s not just fathers. All parents, really, can become blind to the fact their children may have some other interest that could be pursued with the same energy and interest as sports. They’re convinced that sports are the only way to learn life lessons.

The challenges are even more complex for teenagers in the LGBTQ community who are already marginalized for not abiding by “traditional” gender roles.

Sports is supposed to “fix” all of that. And it simply doesn’t. Particularly because NOTHING is broken.

Finding Peace Being an Artistic Teenager in a Sports-Obsessed Culture

By college, I found myself in art school and finally among my tribe. But I can’t help to think about how well I would have fared in an arts academy middle school/high school.

Instead of watching nerdy, cerebral, and creative kids get bullied and picked on, they would have been celebrated for being sensitive, caring, and empathetic.

The idea that students would be revered for being critical thinkers who don’t just check boxes and not ridiculed for having no awareness of last night’s basketball game would have been so refreshing.

And that’s the beauty of an arts academy middle school/high school.

There’s no pressure to play sports. That doesn’t mean, of course, that students are prohibited from playing sports. They may be part of a  community soccer team or on a tennis league. But they’re not defined by the sports they may play.

Instead, they learn how to push themselves and meet challenges through the arts. For example, they find their voice through singing, 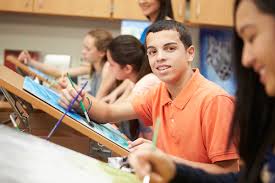 acting, and writing. And they learn to express themselves through painting, dance, and music.

All without having to attend a single Friday night football game or demoralizing pep rally.

And because they are passionate about what they’re pursuing, they have the freedom to explore their deepest character qualities and who they truly are – without the highly-pressurized, 24/7 expectations of youth athletics.

This is especially key for LGBTQ students, as they have the freedom to do this in a safe space.

At Home As an Artistic Teenager in a Sports-Obsessed Culture

For an artistic teenager in a sports-obsessed culture, it’s crucial that he or she hears the words, “you are enough.”

So if you feel that you or your child could benefit from the sports-free environment of an arts academy middle school/high school, then come and see what we have to offer. Schedule a tour today.

You’ll see how our students not only hear the words that they’re enough, they intrinsically understand it.